Representatives from unregistered Evangelical Christian-Baptist churches have appealed to the Russian president protesting against a new bill, which in their opinion “encroaches on citizens’ rights to freedom of conscience and religion.”

On April 9th, 2014 P. Peters and A. Kalyashin, representatives from a group of unregistered Evangelical-Christian Baptist churches, appealed to the president and prime minister of the Russian Federation protesting against a law introduced in the Duma through changes to a bill entitled “On freedom of conscience and religious organizations”, which requires mandatory registration for religious groups.

The authors of the appeal state that “the government proposes that citizens’ rights to freedom of conscience and assembly are conditional and dependent on the notification of commencement of activities of religious groups”, and they fear the introduction of repressive measures “for noncompliance to the law requiring notification for the creation and commencement of activities of religious groups”.

They fear that the meetings of unregistered groups of believers may fall within the scope of a different bill, proposed to supplement the Criminal Code of the Russian Federation, establishing criminal responsibility for repeated violations of established order of organizations or the holding of meetings, rallies, demonstrations, processions, or picketing. The specified bill was introduced in the Duma on March 31, 2014.

“Of course, a religious group will not be formed in one day, however a religious group’s formational activities, legally, cannot be provided. It seems apparent then, that this amendment to the law ‘On freedom of conscience and religious associations’ jointly with the bill No. 485729-6 from March 31, 2014, are designed to exclude all kinds of possibilities of formation of new religious groups,” said the authors of the address.

We remind the reader that Baptists-Initiatives had previously opposed changing the current law on freedom of conscience. 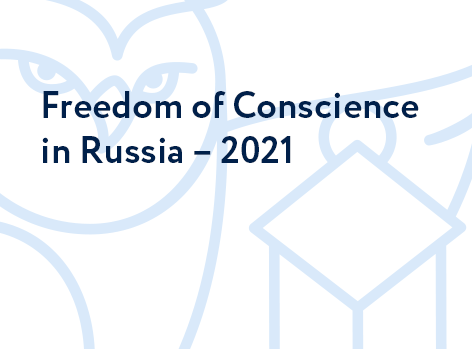