Russian Nationalism and Xenophobia in March 2021

The following is our monthly review of instances of xenophobia and radical nationalism, along with any government countermeasures, for March 2021.

According to data collected by SOVA Center, five people were targeted in ideologically motivated attacks in March 2021, in Moscow and St. Petersburg. Among the victims was Vlad Tupikin, a well-known anarchist, editor of the journal Volya, who was attacked on March 27 in Moscow. An unknown person approached Tupikin on his way to a presentation of the DIY print journal Moloko+, punched him in the face, and shouted "Talk more about neo-Nazis!" This year to date, we have recorded 12 such attacks.

In Partizansk, in the Primorsky Krai, vandals painted swastikas and put stickers with portraits of Hitler, on a statue of Lenin. By our data, this is the sole case of neo-Nazi vandalism so far this year.

In addition, on March 15 and 17, activists from the SERB movement led by Gosha Tarasevich destroyed a memorial at the site of the murder of Boris Nemtsov, on the Bolshoi Moskvoretsky Bridge in Moscow. On March 17, a few people tried to intervene, but were pepper sprayed by a SERB activist. An activist guarding the bridge was injured as a result.

We can note just one action, on March 27, held in memory of NSO member Maxim ("Adolf") Bazylev, editor of the neo-Nazi journal Russian Will. Bazylev committed suicide in detention in 2009, after having been formally accused of several murders. Those present also commemorated the death of noted neo-Nazi Maxim ("Tesak") Martsynkevich, leader of the ultra-right Restrukt! movement and creator of the creator of the "Occupy Pedophilia" movement. Martsynkevich was found dead in detention in September 2020. The action was presented as a national day of commemoration, but ended up with small gatherings taking place in Moscow, St. Petersburg, Pskov, Novosibirsk and Krasnoyarsk. Neo-Nazis put up banners and laid flowers at city monuments to victims of repression and at graves.

Activists from the "Occupy Pedophilia" movement also held actions in memory of Martsynkevich during March 2021. One ultra-right social media page posted a video depicting men in Vyborg publicly humiliating a young man they have lured to a meeting posing themselves as an underage boy on the Internet. This is the third such action reported in Russia so far this year.

We would also draw attention to two events outside Russia.

Investigators from the Main Investigative Directorate of the Investigative Committee of Russia are following cases related to riots at the Rossotrudnitchestvo building in Kiev, Ukraine, attacks on the Russian Science and Culture Center in the same city, and related calls for terrorist acts. The case has seen seven Ukrainian citizens, including Bohdan Tytsky and Mykola Kokhanivsky of the radical right-wing organizations Black Committee and Organization of Ukrainian Nationalists, declared internationally wanted and arrested in absentia, along with two Russian citizens.

Also, at the beginning of 2021, the Swedish government deported to Russia Sergey and Igor Kushev. They had been actively participating in the Northern Resistance Movement (NMR), including taking part in martial arts trainings led by neo-Nazis and in camps of followers to NMR.

In March (and for the year 2021 as a whole), we are aware of three rulings, against five individuals, on the basis of attacks motivated by xenophobia – in Moscow, Bryansk and Nizhnekamsk.(*) Aside from these, we would draw attention to the sentencing of two ultra-right-wing activists in St. Petersburg, who had been found guilty of attacking a migrant from Uzbekistan. Initially, they had been charged with attempted murder by a group of persons motivated by ethnic hatred, but the court reclassified the charge, and ultimately the hate motive was not included in the verdict.

Members of the Black Bloc were convicted in March 2021 on the basis of hate-motivated violence and participation in an extremist community. Artem Vorobyov and Dmitry Nikitin were found guilty under Article 282.1, Part 2 of the Criminal Code (participation in an extremist society) and Article 213, Part 2 of the Criminal Code (hooliganism by a group motivated by hatred), and received suspended sentences of four years and three years respectively. Viktor Trofimov was fined 50,000 rubles (approximately €550 at the time of writing) under Article 213, Part 2 of the Criminal Code. Meanwhile Black Bloc leader Vladimir Komarnitsky (Ratnikov) escaped from house arrest on February 15, 2021 and is currently wanted. The organization's other leader, Dmitry Sporykhin, also escaped house arrest at the end of 2020, is wanted, and was placed under arrest in absentia.

We should note the fact that, by our data, this was the first conviction in recent years that recognized as a motive hatred against LGBT people as a "social group:" Black Bloc participants had attacked two activists following an LGBT-rights conference in November 2017.

So far this year, Russian courts have convicted seven individuals, in four cases, in relation to the activities of extremist communities and organizations. These rulings were delivered in Moscow, Adygea, the Ryazan Region and the Yamalo-Nenets Autonomous Okrug.

In March 2021, 13 individuals were convicted on the basis of xenophobic statements. Ten of them had been charged only under Article 280 of the Criminal Code (public calls to extremist activity) over the social media posting of comments, audio clips and calls to violent attacks on state employees, government representatives, United Russia deputies, Jews and natives of the Caucasus and Central Asia.

Among those convicted was Marina Melikhova, leader of the Krasnodar chapter of Citizens of the USSR ("The Union of Citizens of the USSR of the Prikubansky Okrug of the City of Krasnodar"), who received 3.5 years in an open prison for the publication of a video clip entitled "May 9, 2020 can bring the end of the Putin regime! This depends only on us", which included statements that the local FSB staff determined to constitute calls for the violent overthrow of the government.

Since the beginning of 2021, Russian courts have convicted no fewer than 35 people, in as many rulings in 24 regions of the country, over xenophobic statements.

The Federal List of Extremist Materials was supplemented twice this month, on March 9 and 23, to account for new entries 5155-5159. The new additions include: a video clip of an anti-globalist, fundamentalist Orthodox Christian sermon by Orthodox priest Vasily Novikov, who died in 2010; the antisemitic book Games of Patriots; a book by Pyotr Khomyakov (1950-2014), a veteran of ultra-right movements and one of the founders and leaders of the Northern Brotherhood organization; the song "Revolution in Us!" by the group Electric Partisans, written by noted St. Petersburg rock musician and ex-member of DDT band Vadim Kurylev; and a song by the group Tsiriulnya im. Kotovskogo, which is popular among the ultra-right.

The Federal List of Extremist Organizations was also supplemented in March 2021, to account for new entry 82: the Khakassian Regional Public Organization of Spiritual and Physical Self-Cultivation under the Great Law of Falun (popularly known as Falun Dafa). Falun Dafa was declared extremist under a November 2020 ruling. It is SOVA Center's position that the ban on this organization is without grounds.

No fewer than 15 individuals were sanctioned in March 2021 under Article 20.3.1 of the Code of Administrative Offenses (incitement to hatred). All were fined over the social-media posting (mostly on VKontakte) of xenophobic comments, video clips and images.

Meanwhile, no fewer than 15 individuals were sanctioned under Article 20.29 of the Code of Administrative Offenses (manufacture and dissemination of banned materials) over the sharing on social media of materials included in the Federal List of Extremist Materials, including songs by the bard of the Chechen armed resistance, Timur Mutsuraev, and songs by groups popular among the ultra-right. Among those sanctioned in March was Anton Mirbadalev, leader of the Mary-El chapter of the LDPR party, who was fined for posting a video clip entitled "Games of the Gods" – item 2338 of the Federal List of Extremist Materials – to VKontakte in 2010.

Finally, no fewer than 17 individuals were sanctioned under Article 20.3 of the Code of Administrative Offenses (propaganda and public display of Nazi symbols and symbols of banned organizations). Two were colony inmates in Mordovia who had shown their tattoos featuring Nazi symbols to other inmates. Another was sanctioned on the basis of a ring featuring a swastika, and the others had posted Nazi symbols to social media.

(*) Data about criminal and administrative proceedings are reported without reference to rulings that we consider to be patently improper. 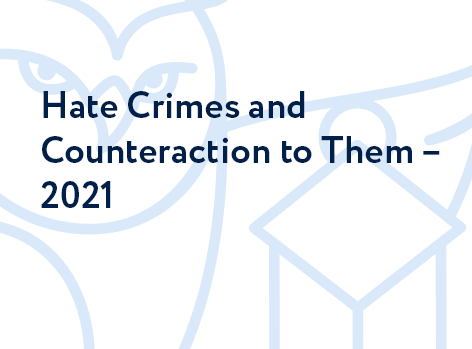