Preliminary data for the year 2010 show that in 44 regions of Russia, racially motivated attacks resulted in the deaths of 37 people, with no fewer than 368 injured.

In December alone, racist and neo-Nazi violence resulted in the deaths of two people, and the injury of another 68. Compare to December 2009, when three were killed and 22 wounded.

The upsurge in violence in the final month of 2010 followed the events on Manezh Square and the attacks the next day in Moscow. Beyond the capital, violent incidents were reported in St. Petersburg, Krasnodar, Nizhny Novgorod, and Rostov-on-Don.

Central Asians continue to be the main targets of xenophobic violence in Russia – 16 were killed and 74 wounded in 2010.

December's most significant event was the riot on the 11th at Manezh Square in Moscow. A crowd mostly made up of ultra-right activists gathered on Manezh under the pretext of a rally in memory of Egor Sviridov, the soccer fan who was killed during a massive brawl on Kronstadtsky Boulevard a few days prior. The Manezh demonstration led to clashes with riot police and attacks on people of non-Slavic appearance in the Moscow Metro. The following days saw nationalist clashes between Slav and Caucasian groups all over Moscow.

The events at Manezh brought about a significant public outcry against racism and xenophobia. The "Moscow for All" demonstration was organized as an "answer" to the December 11 riot, and according to various reports, was attended by up to two and a half thousand people.

In December, at least five cases dealing with violent attacks cited ethnic hatred as a motive: two in Ufa, and one each in Novgorod, Nizhny Novgorod, and St. Petersburg. The charges brought 18 individual convictions, though nine of these received suspended sentences with no additional sanctions.

For all of 2010, 82 convictions were made in cases involving violence with ethnic hatred as a motive. Two-hundred and eighty-three people were sentenced, including 102 who were either exempt from punishment, or given probation with no further sanctions.

In December, four charges were issued for the distribution of xenophobic propaganda (Article 282 of the Criminal Code). All four cases brought convictions, though three defendants received suspended sentences. The cases were presented in Astrakhan, Petropavlovsk-Kamchatsky, Stavropol and Ufa.

In 2010 as a whole, there were 52 trials against 62 people given the charge "incitement to hatred" (Article 282). Thirty-one were given probation, and one individual’s sentence is unknown. For the charge "public calls to extremist activity" (Article 280), there were five trials against five people, all of whom received suspended sentences. For a combination of both charges, there were six trials: nine individuals were convicted, though four of them were given suspended sentences, and two more were exempt from punishment because a statute of limitations had taken effect.

One individual was sentenced in December for vandalism motivated by hate (Article 214 part 2). The data for similar crimes in Russia for all of 2010 show a total of six convictions, against eight people, including two who face probation with no further penalty.

In December, paragraphs 728–748 were added to the Federal List of Extremist Materials, constituting three updates.

The Federal List of Extremist Materials was updated 27 times in 2010, growing from 467 to 748 entries. As of December 29, four entries have been excluded; 32 entries are invalid because a higher court did not find the texts to be extremist, canceling the decision of a lower regional court. Forty-seven items on the list overlap, not including some multiple entries for the same text with differing or inconclusive official responses – for example, three separate entries for the pamphlet, “You Chose – You Judge.”

The List of Extremist Organizations was also updated in December. The update included a new entry, no. 18: a regional group in Nizhny Novgorod called the "National Socialist Workers' Party of Russia" (NSRPR). As such, as of December 29, the list includes 18 organizations whose activities have been prohibited by a court of law. The continuation of any of their activities will be punishable under Article 282-2 of the Russian Criminal Code, which addresses the operations of extremist organizations.

In the area of misuse of anti-extremist legislation, all the main areas of abuse remained – criminal and administrative persecution of Muslims and followers of new religious groups including Scientologists, Jehovah’s Witnesses, and followers of Said Nursi, etc.; suppression of the National Bolshevik Party; increasing anti-extremist statistics founded in sanctions against schools and libraries, and criminal prosecution of activists for inciting social hatred towards groups such as "the police" and "the state." 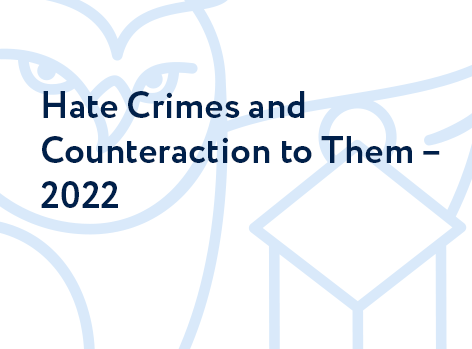